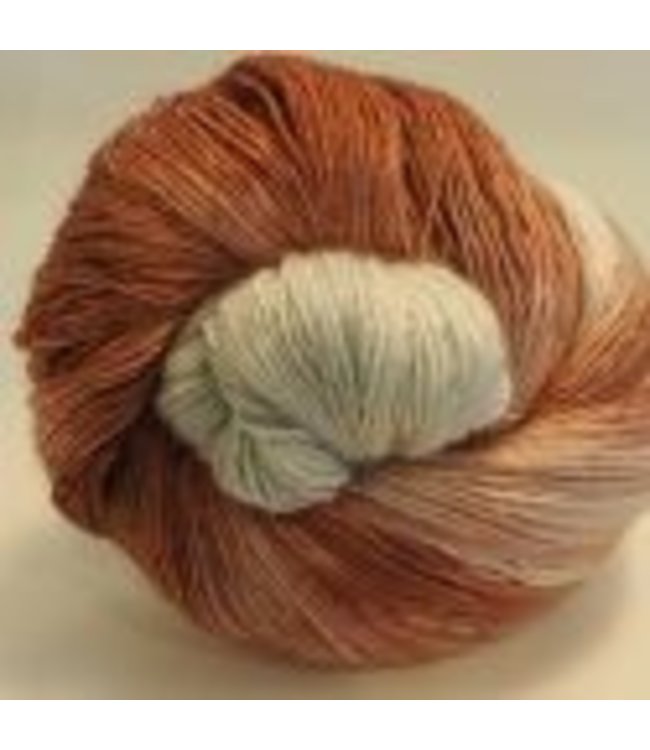 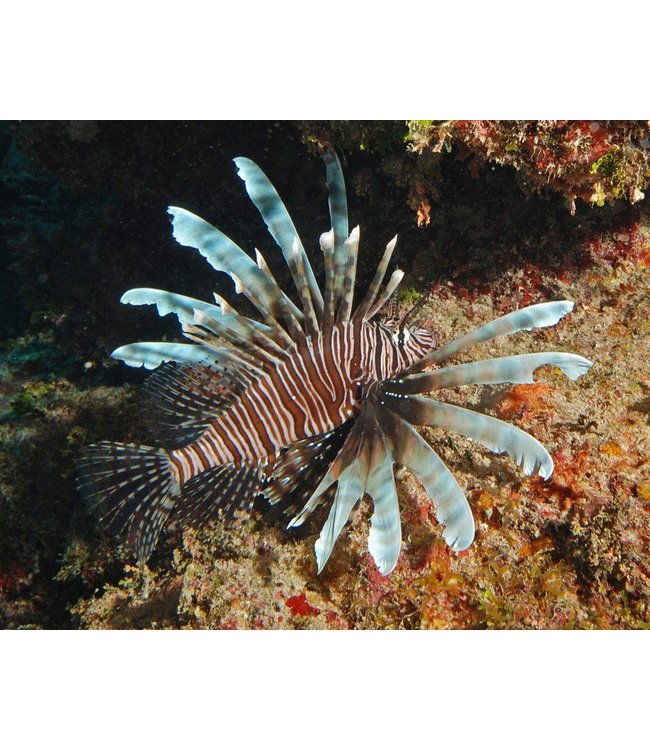 This Red Lion Fish color is from HandMaiden, one of our favorite dyers.

More than enough for most shawl patterns. Read more..

This picture of a red lionfish was taken in the Cayman Islands while diving with my son Daniel. The red lionfish is a venomous coral reef fish natively found in the Indo-Pacific region, but has become an invasive problem in the Caribbean Sea as well as along the Gulf of Mexico and the East Coast of the United States. Over 90% of the invasive lionfish population is the red lionfish. (there are 12 species) It was likely first introduced off the Florida coast in the early to mid 1990s.

It has large venomous spines that protrude from the body, similar to a mane, giving it its common name. Though painful, its sting is usually not fatal to humans, but the spines make the fish inedible to most potential predators. Lionfish lay large clutches of eggs monthly, exponentially enlarging their invasive region. Promotion as a food fish for humans may be one of the best solutions to decreasing its high population densities, which are now disrupting the marine ecosystems it has invaded.