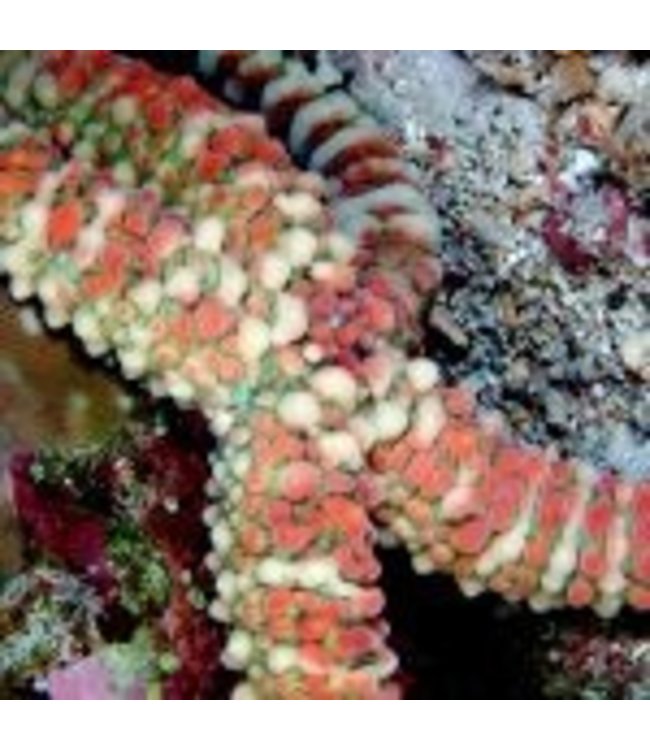 Actually a Warty Sea Star, it’s a starfish that happens to look like a pile of blobs got thrown into a star-shaped mold.  Found all over the Indo-Pacific, they can get quite a large, almost a foot across. Known by a whole host of common names: the Warty Sea Star, the Nodular Sea Star, the Callous, Bubble, Banded and Beaded Sea Star, which is how this yarn got its name.  There's no getting around it.  Whether they're warts, nodes, beads or bubbles, this starfish is covered with them.  I think they're actually quite pretty.  They're soft and puffy like tiny pin cushions, but don’t touch!  Each wart surrounds a sharp spine.  If the spines aren’t enough to deter a predator and its damaged in an attack, sea stars have remarkable regenerative powers and they are able to grow new arms.