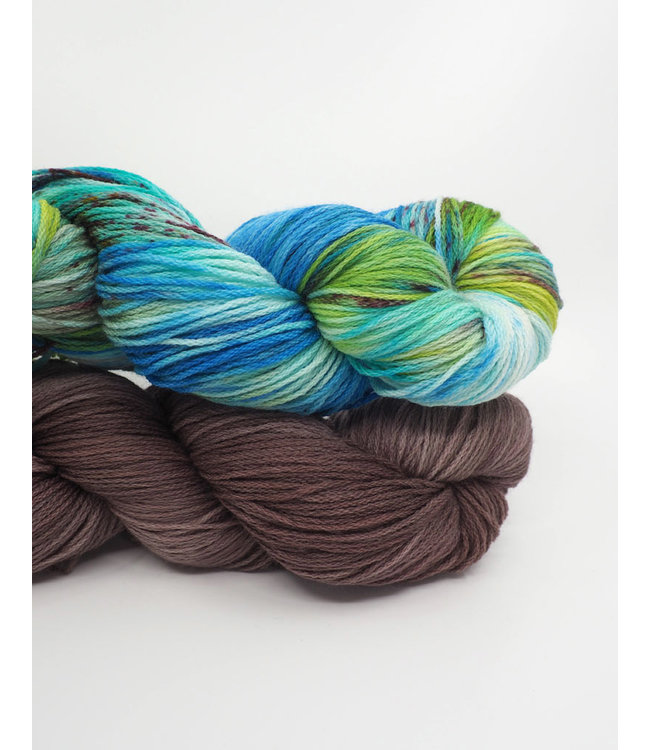 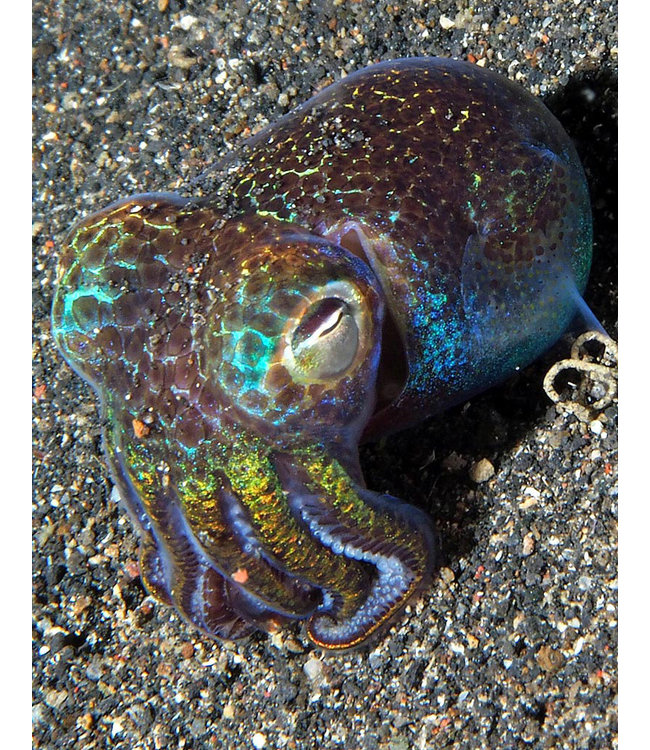 KittyBea is Hand-Dyed in Sarasota, FL

My husband Murray took this picture on his most recent trip with our son Daniel, in Lembeh, Indonesia.

"Though I don't often come upon them, one of my favorite creatures to photograph are cuttlefish.  Sometimes referred to as the "chameleons of the sea", their remarkable ability to change skin colors, which can occur within 1 second, is quite amazing to watch.  They can also change the texture and patterns of their skin.  Pygmy or Dwarf cuttlefish grow to only about 2 inches max, this little guy was only about 1 inch long.  I caught it just as it was borrowing into the sand, where he would have been totally invisible.

They are not really fish but mollusks, members of the cephalopod class, which also include squid, octopuses, and nautiluses.  Cuttlefish having one of the largest brain to body size ratios of all invertebrates, are some of the most intelligent creatures.  In ancient times they were valued for the brown pigment  released from their siphon when alarmed. The word for this pigment in both Greek and Latin is sepia."